A downloadable game for Windows, macOS, and Linux

Gorilla Stomp is an eight player game, it is played on teams of two players each. Each team has a gorilla inside the arena, it is controlled with a regular gamepad, it has to walk around and jump to push other players out. The other player in the team controls a gorilla outside the arena, this gorilla is circling the map, and when the player presses a banana it stomps on the floor to also push opponents out.

When a player falls out of the arena the team loses a life. Each team has 4 lifes, and the team that remains alive at the end wins.

This game was made by Bryan Alvarado, Carlos Villagran, Alhvi Balcarcel and Mario Gálvez for the Global Game Jam 2017 in Guatemala City, Guatemala.

To play the game you need

●  4 regular gamepads connected to the computer

●  A controller made with a Makey Makey and 4 bananas

Shown below is the setup we used for the Global Game Jam presentation, you can assemble following this instructions or use a similar configuration that maps to each of the arrow keys.

To make the controller easier to move we attached the bananas to a piece of cardboard using adhesive tape.

We connected each banana to one of the arrow keys in the Makey Makey, using alligator clips. To make it clear for the players you can connect it as follows:

You can add a sticker or color/player name under each banana to make it even easier to distinguish each player.

We also added a piece of wire, that was connected to ground on the Makey Makey and asked the players to always keep a hand on this wire, and to touch the banana when they wanted to stomp on the floor with their gorilla.

Please connect the Makey Makey and the 4 gamepads to the computer before starting the game.

This is a real picture of the controller we used for the presentation. 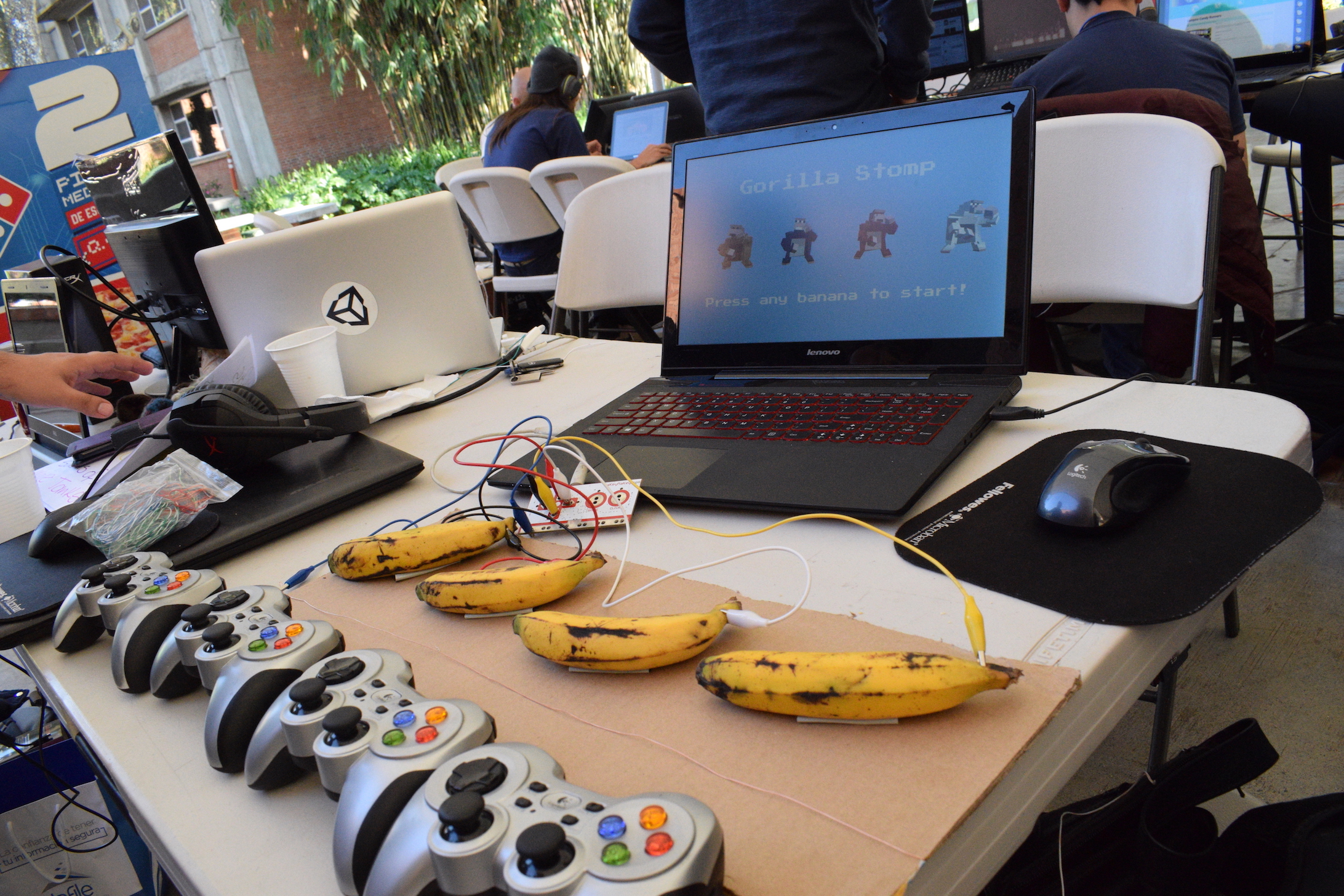 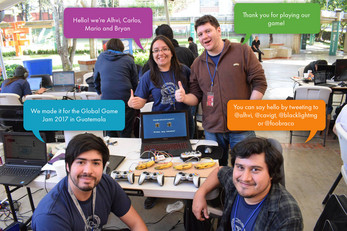 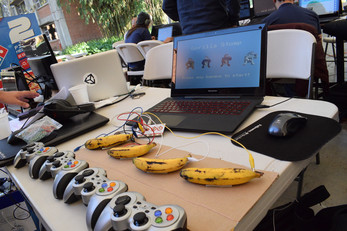 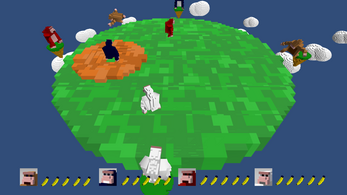